I haven't actually seen much of the UK this year. I've been focused on using the nugget of gold that is adhered to my passport in the form of a 2 year Schengen visa - to buggery before it runs out.
Which meant going over to the Continent a fuckload more than to other parts of Britain.

When it does run out, (April. Noooooooooo.....) I'll be stuck here. Which means Wales, Scotland, the Cotswolds, and all those other lovely little places where Kate Moss has a country cottage and Jeremy Clarkson has a manor house - I'll be exploring all of you in the near future.

For now, these are the pictures that sum up my first full year of living in Britain. And what a year it's been: 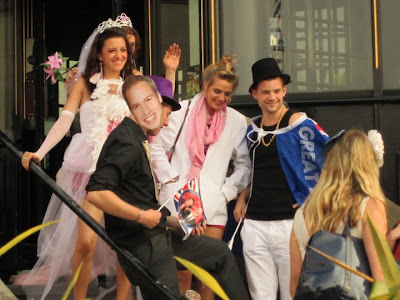 The Royal Wedding, April. Being in London for such an event was spectacular. It made me very proud to be British be a resident of Britain. Everyone dressed up, there were street parties everywhere, people were throwing around flags and cupcakes, and most just got very drunk. Like me. 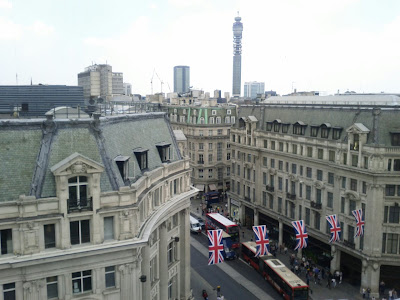 Oxford Circus, April. The place is busy as fuck. You just don't go there on weekends, unless you've shipped in for a spot of shopping from another country. The thing is, when something is to be celebrated, like Christmas or a Royal Wedding, the street is the first place to adorn itself with lights and flags. I got to see it from a rooftop while on a work shoot with the BBC. One week before the Wedding. 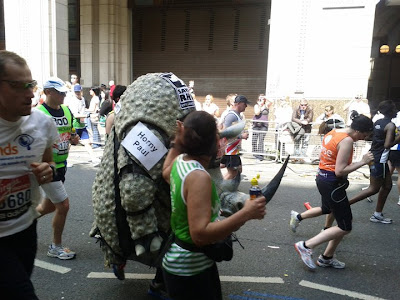 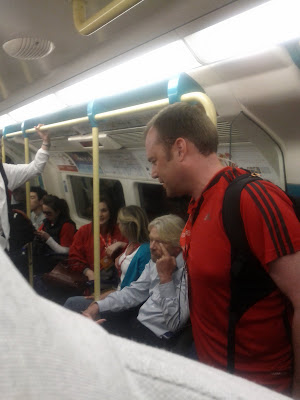 Jubilee Line, on the way to aforementioned event. We climbed onto the same tube and carriage as Sir Richard Branson. He gave me a polite middle finger when I took this picture. I like to think he was just saying hi in his own Spock language.
The week previous, I got a smile from Rowan Atkinson when I cycled past him in Battersea Park. 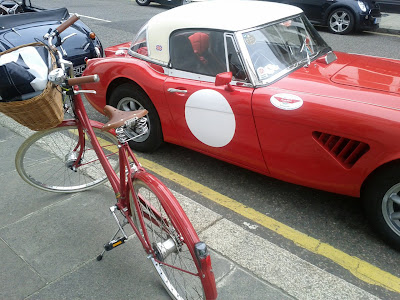 Speaking of cycling, April. If my bike was a car.....it would be this, as seen in Chelsea. I bought myself a spanking new Pashley Brittanica called Dennis (which, I guiltily add, I haven't ridden in the last little while because winter is pants on a bike), but he has given me much joy. And I've seen a lot more of London as a result. 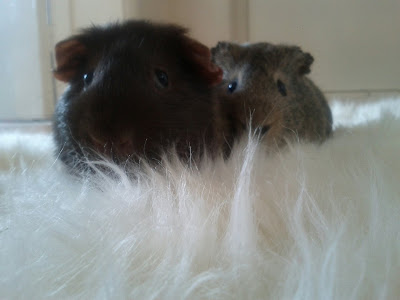 Ma boyz, May. Waynie and Dwaynie make for somewhat juvenile entertainment. As seen here in our new flat. 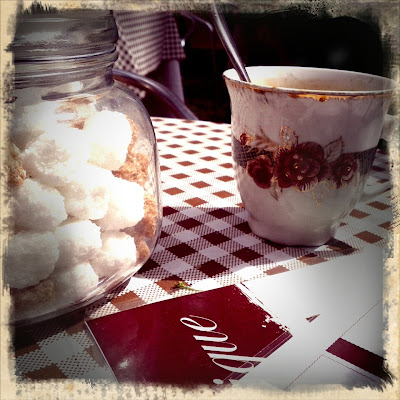 Tea and our love affair thereof. This was taken at Deli Boutique, the most unEnglish place in our village. It's like stepping into Normandy. It's 100% owned by French people who flail wildly and greet you with a 'Bonjour,' and it's fucking amazing. If not for the crepes and other Franco heaven, they actually serve quite a decent brew. To English standards even. Oui. C'est vrai. 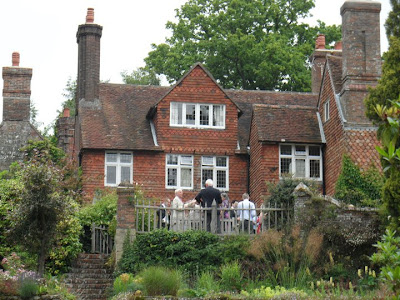 Haslemere, June. My friends got married at their English manor house in Surrey. It was gorgeous. We got lost in the gardens. I blame the champagne. 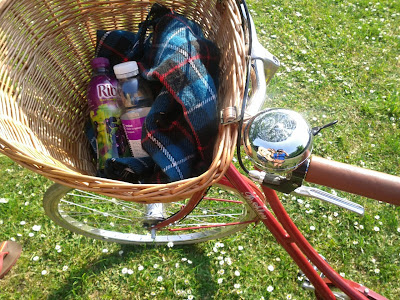 Battersea Park, June. Summer in England is a very important, very talked about, very controversial subject. It's like the Second Coming. And this is why. You take yer bike to the park, roll out a blanket, lie in the sun, on your boyfriend, on the daisies, and forget all your problems. 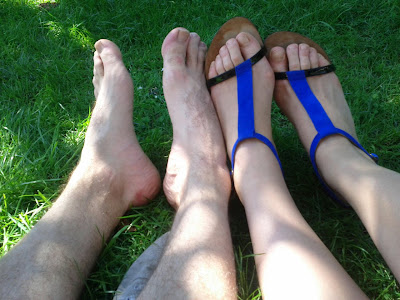 Spencer Park, July. You spend a lot of time in parks in summer - you don't take summer for granted in the UK. This park is across the road from our flat. 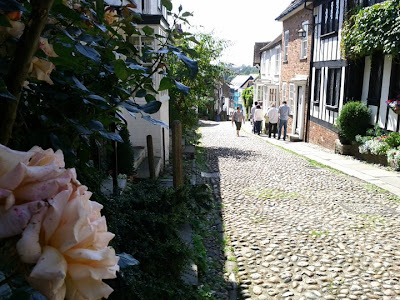 Rye, July. My mates and I headed to Rye for a day trip, a town on the Sussex coast which is home to Paul McCartney and, according to the cab driver, "Tom from Keane." It was really pretty - typically English from the cobbled streets to the roving wild roses. 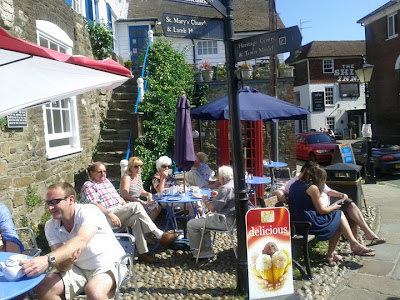 Tea room, Rye, July. I loved this picture. Because this is Britain to its very core. Sitting on the pavement, drinking tea, eating a crumpet, watching the world go by. It's that cheery, traditional, 'taking advantage of every slice of sun' thing that makes Britain so stereotypical wonderful. 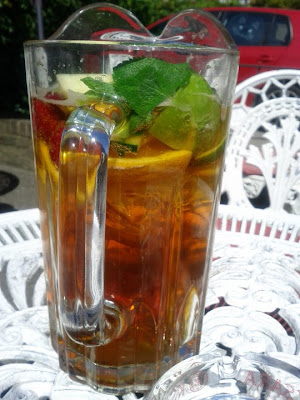 Pimms, May-September. What you drink in the summer(ish) months. Standard. 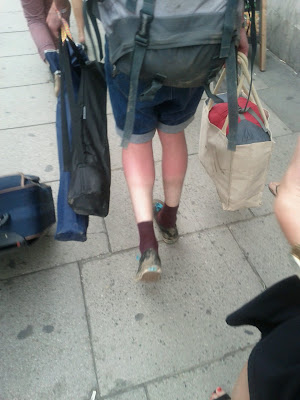 Victoria Station, August. This is what happens to British people when they spend more than two minutes in the sun. 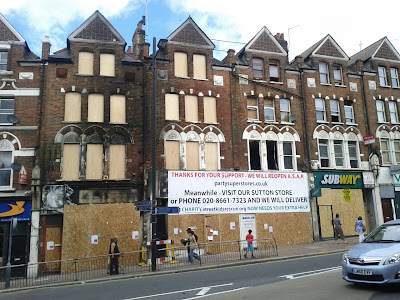 Lavender Hill, Clapham Junction, August. The burnt-out Party Store in my neighbourghood. The London riots threw the country into a political purgatory - forcing it to assess if delinquent youths are a symptom or cause of "broken Britain." I am of the opinion that it's a symptom of all sorts of things, and the Tories have since managed to catch most of them. I do love those Tories. 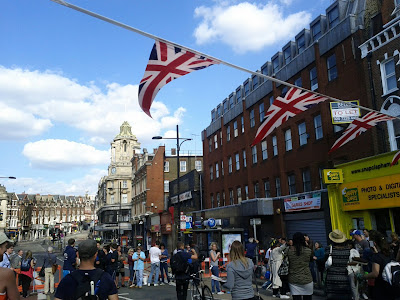 That said,, Clapham Junction formed a broom brigade and cleaned up all the shit left by the looters. British people really bandy together when the shit hits low flying fans. They really just get on with things. Here, bunting was pinned up on the end of my street to show solidarity. 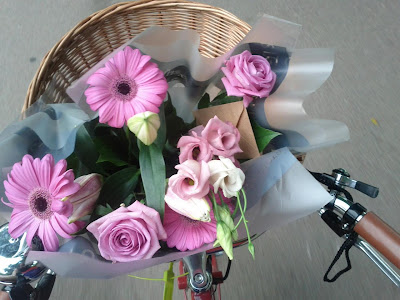 Flowers from my Brit, August. This isn't a forum to talk endlessly about my boyfriend (anymore...in 2005 this blog started as just that, ironically). But it has to be said that my Brit is just wonderful from time to time. He buys me flowers, and if they come to my desk, I'll just take them home in my bike's basket. 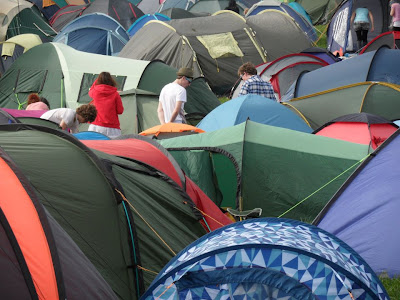 Bestival, Isle of Wight, September. A group of us headed to the Isle of Wight, and for me it was my first British music festival experience. Hundreds of thousands of tents, fucked people, and great music. This is what we awoke to for 4 days. 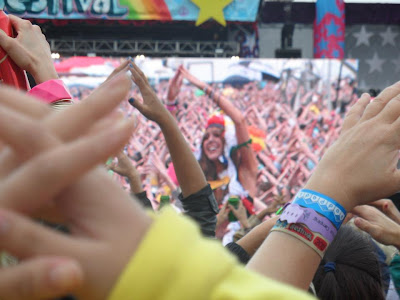 The Village Poeple. We did a real-life live YMCA at Bestival. Bless. 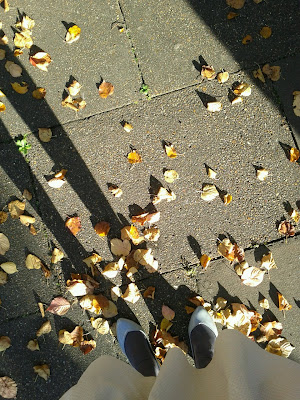 Outside our flat, October. Summer might rock, but don't mock Autumn in Britain. The golden hues of the leaves, all totes lovely jubbly. It starts to get fresher, people start to dread the winter....and then you find a patch of sun. And just stand there in it. 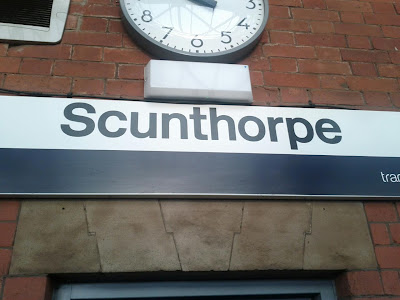 Dude. I totes went to Scunthorpe. My work takes me to a lot of...bleak places in Britain. Part of my work is focused on helping the British economy. So I get to go to those awesome places you won't find on any TripAdvisor list. like Liverpool, Birmingham, Belfast...and Scunthorpe. Places that need help, basically. 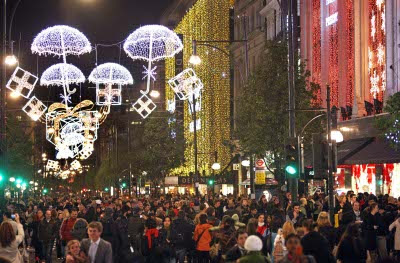 Christmas, Oxford Street, December. It's honestly a wonderful time. Freezing of ovaries and other shit aside.

I go to Dorset with the Brit's family for Christmas this year. They've rented a large farmhouse on the cliffs. I'm rather excited. To get drunk and eat fuckloads of hot Turkey and other stodgy foods that seem to make sense in this climate.

Happy Christmas everyone!
Posted by Peas on Toast at 11:07 am

What an awesome year you had!!! really packed full of great times and amazing trips. How can 2012 top it? Maybe a proposal hmmm ;)

Why can't you get another Schengen visa when your current one expires? Geez so happy to have a german passport! thinking of going to Croatia next yr, even though it isnt part of the EU no visa required for EU citizens cha-chingggg.

Wish you a very merry Christmas and a fabulous New Year ;)

Chan - Good one! ;)
On the Schengen, I'll definitely try and get another one for the same amount of time. Usually they only give you one for short periods of time, which meant for the last year I've saved a lot of money and hassle by having to go to embassies the whole time. So am hoping they can give me another long (year, 2 year one again). It's very rare though.