what i'm scared of 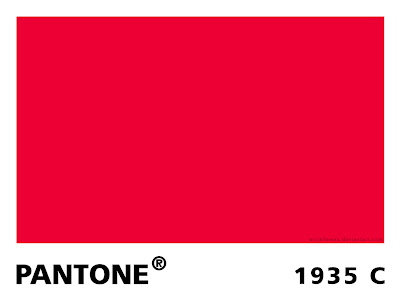 Just looking at this swatch makes me feel excited. And in a weird way, not a 'oh yay I'm so excited' way.

I'm having minor surgery on Wednesday.

Minor is major when you're an insatiable neurotic.

Jittery and on edge, the Brit's plane better not be delayed from Stockholm, oh my God I can only think of scalpels and wind pipes. (Apparently they stuff tubes down your throat so you can breathe properly?)

The less I know the better. But I'll find out anyway because I'm a cat and curiosity kills me.

Look, I'm scared of a lot of shit. Like:

Innards (in soups, stews, pies, on the telly)

Anything that moves that I am not the driver of (planes, cars, motorbikes)

Anything that moves that I'm inside of that I have no control over (rollercoasters, ferris wheels, water slides, any theme park rides)

Drugs that people put up their noses or inject with needles

Drug addicts (it's the hollow look in the eyes, and the inappropriate nosebleeds. That picture of Daniella Westbrook's septum, or lack thereof, doesn't help either.)

Water and what lies beneath (currents, sharks, don't get me started)

Being cut open, even if it's a little cut (ref above)

Lifts (got stuck in one in Kenya, read an article in You when I was 8 which showed in graphic detail a dude's legs being snapped off when he got caught in the doors)

By that list, you'd probably ascertain that I am a quivering, agoraphobic, OCD, ADHD, wreck. One would think. And it's quite plausible, that when I eventually lose my mind, that I might just become one or all of those things.

I like to think I manage to balance this out by being ballsy in other areas. Like:

In the boardroom. I'll speak when I'm not spoken to. Chick with a dick?

Writing about snippets of my life in the public domain. With references to my frequent use of lube, using the word 'fuck' a lot, having a bit of a rant about a person or a company, opening myself up to attack.

When I do drive a car, or moving vehicle that I am in control of, I do all sorts of wonderful high-speed things.

Travelling to weird, sometimes dangerous places, quite happily on my own. (Or in rare cases with my Mum) or for work. I'll try to make friends on the other side.

Going to dangerous neighbourhoods for the sake of education and/or great photography and/or stories. Favelas, council estates, Hillbrow, townships back home. I've loitered in all of these places, and loved it. I always had a camera on me, and a notepad in my hand - especially in my journalism days. The only place I didn't go is the...western front. My photography course portfolio was based on Hillbrow.
(Maybe more stupid than brave?)

Similarly, telling hijackers to fuck off as 'it's my cellphone upgrade and I just got it.' While there's a knife to my throat. That was definitely dumb and wouldn't condone such behaviour.

Eating tons of garlic. More than the average person. Most people fear garlic. I only fear the fear of garlic.

Pilfering. (Only when I'm drunk. Get very excited about a good pilfering. From traffic cones to low hanging fruit. (I pilfered this at an Hawaiian party once). Again, more dumb than courageous?

Riding a bike in London. Some people are too scared, because lots of people die on their bikes in this town. Fuck it. No car, will bike.

Wearing red. It's my favourite colour. There is a lot of red in my life, and I'm not afraid to pile it on my body. My bike is red, my chairs, my Wellies, and I have a fair number of jumpers and pants in the colour. Red makes me feel happy. I get a little flicker of excitement when I look at something red. Everything has to be red, to the point where I've had to compromise a lot with the Brit. I've had to learn that not everything can, in fact, be red. Red is amazing.

And no. I don't know why this blog is pink.

I've put red under the bravery list, because lots of people are scared of colour. Wearing it especially. And particularly in London where the normal grey, blues and blacks are standard winter uniform. I say No! Embrace the red! Feel the vaab!

Oh God they're going to cut into me on Wednesday.
Posted by Peas on Toast at 5:10 pm

Good luck! You'll be fine, or at least, asleep!

Little Miss Medic, your name certainly lends credit to your 'you're going to be fine,' so thanks very much indeed! xx