I may be the only girl in the world, who isn't a lezzer, who has been thrown a stag party.

What happened? I don't know but it must've been good.
Because all I can remember are moments in time.

They did so well; I have such a lovely set of guy friends here. And it was far more official than I thought it would be from the casual, "we'll go for drinks and then do some karaoke. Wear red trousers," memo I got.

Everyone went out to buy some feisty red trousers; some more enthused than others, but with the general idea of wondering around the hot spots of London looking like complete pricks.

I was told to "man it up," and any kind of non-laddish behaviour resulted in forfeits most foul. So it was literally my crudest of days. And I have a mouth like a toilet at the best of times. There was a brief moment when I had to channel all my guys friends into my head and pretend I was an actual dude.

Once I'd come to the conclusion I was to be a man then pounded the table and screamed, "Let's go get some pussssssssay," which was kind of my war cry well on into the night. Amongst other profanities that a real lady would only ever utter in the most extreme circumstances (eg: "Help. This c%nt is about to push me over this cliff.")

But I was on my very own stag do. So I needed to man up and be tough.

Our Irish Gaylord was such a shit hot organiser, he even got some t-shirts made! Which we put on in the middle of eating dim sum in Chinatown over a bottle of rum.

I got, 'I AM ACTUALLY A MAN.' Obviously. 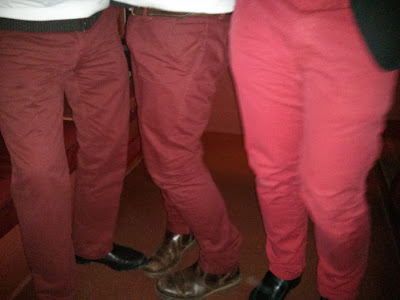 It really started going downhill after 20 minutes of first convening in Chinatown. We ordered every single dim sum parcel off the menu, and a giant teapot filled with rum. Pure, stonking rum.

That's when I started saying things like 'gaylord' and 'cock' really loudly to prove that I was a real man.
From there, we headed to Lucky Voice karaoke in Soho, where we got off to a great start with British Man tumbling down the stairs at the entrance.

Things get a bit blurry from here, but there is evidence of wall humpage. In a ginger wig. 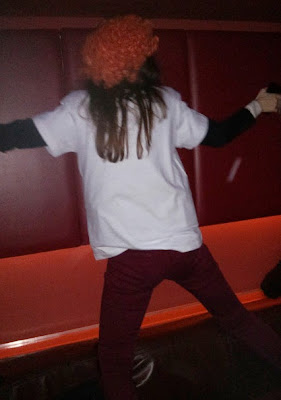 That's me in the corner. Losing my religion.

There were drinks spilled everywhere, and guys sitting on other guy's shoulders, and even genuine Korean renditions of Gangnam Style going on. A few girls in the place asked, "Are you on a stag do?"

We weren't kicked out.

We were kicked out of the next place, however.

We arrived at London's trendiest hottest place to be seen, all wearing the aforementioned shirts and looking extremely worse for wear. The Duck & Waffle wouldn't allow us into their 40th floor eatery on the Heron Tower, probably because they could smell The Quiet American's breath from Manchester.

By this stage, I was being propped up on the stairs.
I'm not sure what happened next, but I found myself in the men's bathrooms loitering around the urinals.

I was squarely marched out by the bouncer.

I tried to say sorry and that I had no idea what was going on, but he didn't seem to care.

Now 3am, we tried to find some food. I was craving the largest kebab-slash-McDonalds McMighty Family Feast, so we all stumbled into a Subway and I ordered a footlong meatball marinara that I swear I can still taste 48 hours later.

The above is an estimated timeline of stuff that happened, or that we've all patched together by using our phone cameras.
But quelle fucking horreur, for in the Subway I do very much remember finding a pube on my meatball.

For the love of all things good and true, this is exactly why I don't eat fast food anymore.

Then I think - think - we all bundled into a cab and I slept in the Irish Gaylord's bed until the morning.

My Brit gets back from his stag do tonight, and not sure how he managed three days of carnage. I could barely do one night. 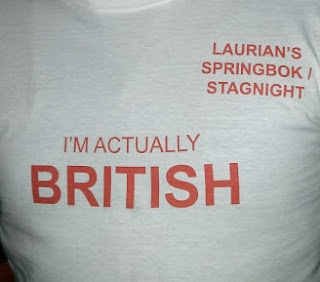 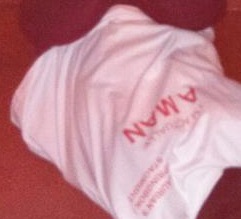 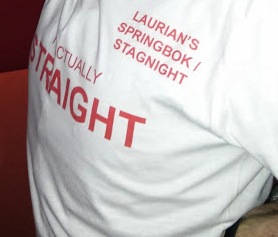 oh my gawd that's so awesome, you're so lucky to have such great guy friends! I'd love love love a stag do.

And all the effort with red pants n t-shirts, sooooooo cool. And peas look at you, you skinny bitch, you look so thin in that photo!

Oh what fun! And what great man friends you have!! Hope the hangover wasn't too dreadful and that you took masses of photos to remind you of that one spectacularly fabulous night out with the boys. x

Awesumsauce! Those sound like the man-friends who'll stick with you when the going gets karaoke :-)

Chan - THANK YOU! I love it when someone says I'm skinny - it means my hard work is finally paying off :)

Val - I'm a lucky little bitch right? It was loads of fun :)

Flarkit - they really are fabulous. And yes, also into the drunken karaoke which is an added bonus!