So, people ask me how my book is doing. Mostly, to be dead honest, I don’t know.

I just don’t keep tabs on sales and things as much as I (probably?) should. My book was a passion project, and at some stage, I hope to start writing another.
Just finishing it, that was the big milestone for me. I’ve just been so surrealed-out and delighted with the emails, messages, press reviews and compliments that strangers and friends have given me, that collating numbers isn’t my priority.

As I said from the beginning, if people can in some way relate to it, and have a bit of a chuckle, then I am happy.

So, a few weeks ago, my publicist called me to say that Exclusive Books had picked the book for its Homebru 2009 selection.

Twenty eight books are chosen for the year, if I’m not mistaken, all locally created. Once the news sunk in, disbelief, my book in this basket? Was this a prank, because April Fool’s Day hadn’t arrived yet, and trust me, I had my alarm set for that morning.

I could platz twice. Today is the launch of Homebru 2009, and I’m so excited I could literally swing off my balcony naked.

The promotion itself is an absolute honour, but even more so, I get to meet a whole new set of individuals who are esteemed, talented authors. How interesting my God. How extremely intimidating, shit I’m actually a little nervous.

What am I going to wear? Does one go as the grungy writer, with home-made grantastic scarf, and a t-shirt that is emblazoned with ‘Tortured Emo Artist,’ or does one wear boardroom gear, if one wants to be taken more seriously by one’s literary company?

Writing books isn’t my day job – far from it – so I guess I’ll just go as…myself.

When I look back to the first book I ever half-wrote, I was 5. I’d tell my mum what I wanted to say and she wrote it down, bless her heart. We were on a family holiday in France and the UK, and I wanted to diarise it. I drew the pictures and dictated the words.

Mum also helped me collect memorabilia for me to glue inside: 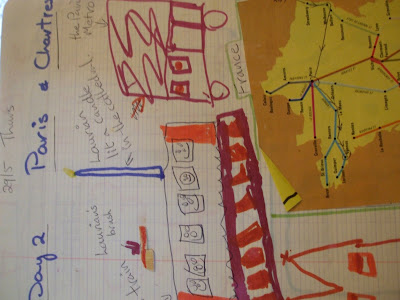 This is what a one day pass for the Tube looked like in 1986: 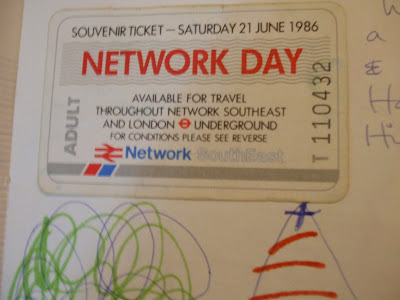 When I was 5, I wanted to be blonde. I wanted to look exactly like Rapunzel. Hence the drawings of me all had yellow hair down to the floor.
(Well when your mum cuts your hair using a bowl and an unsteady hand, you gotta wonder why. I looked like a little boy with a gay haircut until I was 8. Luckily that bad boy grew out after much insistence): 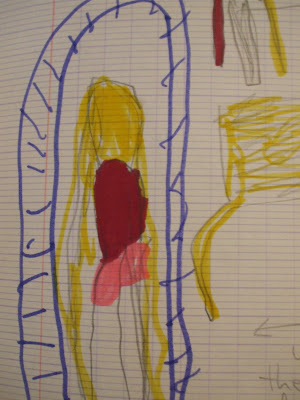 The Grande Place fountain in Lille. I still remember the day so vividly. I visited Lille again in 2005, NINETEEN YEARS later (eeeeeeek.) Possibly would’ve drawn the fountain differently at 24: 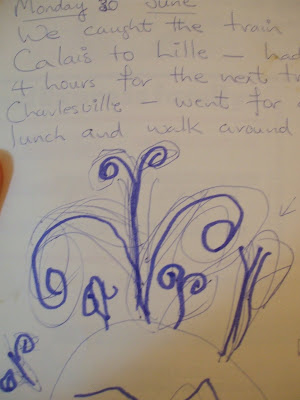 I knew that in some eccentric way, I would be involved in the world of geekery somehow. (‘Dad took me to the Science Museum’). It was one of my favourite days in London: 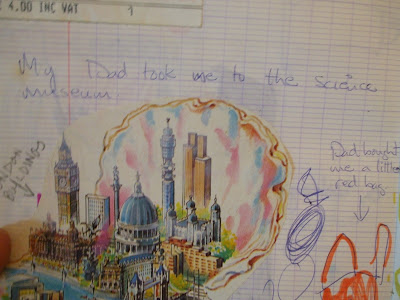 I made lots of friends on this trip, with a limited French vocabulary consisting of ‘bonjour’ and ‘jus de pomme.’ One friend I made was ALSO dressed in little red shorts. My mother liked her mother’s style: 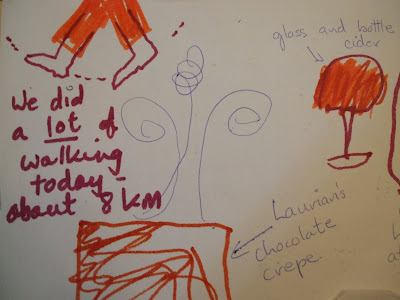 I doubt this would remotely interest anyone at all– whose holiday diaries do? – but because this post is about my book, I have to pay homage to the diary that started the journey for me.

Later, wine will be drunken, I’ll be very merry, and try to absorb the experience.
Posted by Peas on Toast at 6:01 am

god i am soooo proud of you china!! You deserve every second of this you have worked so hard!!

Like you need a reason to swing naked off your balcony!

I doubt you'd need a reason either, my boy :)

..yeah!! It actually sounds kinda dangerous.
So what we talking here, 2...maybe 3 floors?
And what kind of flooring is below?

Ahh so many things to take in mind when flinging ones self off their balcony naked.

icepick - it is important that when one flings themselves off the blacony, starkers, and with reckless abandon - one must always tie one's feet to the railing with one mighty fuckin' rope. Mine's on the 2nd floor - the rope must be short. Or else one would headplant into a rose garden.

..now wouldn't that be awkward haha

Pardon me for picturing a naked female hanging upside down from their balcony in a rose bush.

icepick - totally MacGyver! Seriously, I think I might do this.

That sounds like it should be a scene from movie:
Missionary Impossible III

Rev - is this a challenge? Because then I'm DEFINITELY doing it ;)

The bareass jumping or missionary?

(Jokes. But I'd need someone for missionary, innit.)

Bareass Bungi - Has a kinda ring to it.

Shit I really have to do this now.

Or just sit on my balcont and drink wine whilst spying on the neighbours?

No Peas. Must be a full-on bumgi.

Oh and.. try be incognito. Wouldnt wana attract any attention now would you.

Incognito is the way - dye your hair blonde and bumgi! (unless you've waxed of course)

So I assume that waxing is a no-no?

Amaaaazing Peas! I'm so excited about the Homebru thing. I got the list from Exclusive but haven't had time to read it so didn't realise you were one of the chosen. Yowza I'm off to buy your book and yippee I have a voucher to get some discount off my purchases from the Homebru list so I get twice the pleasure. Wanna email me your signature to paste in the front page so I can leave the book to Bete's future offspring in my will hee hee it's about all I'll have to leave the poor little buggers. Plus I can brag a bit about my seven degrees of connection to you. P.S. I was going to suggest that whatever you wear you must have on your killer red stiletto's but was beaten to the punch.

Is your mother available to take dictation? I have a report due in a week and I don't feel like writing it myself.

Have to go buy the book, since I only started following your blog a few months ago...

Thanks so much Jenna! Glad you had a laugh :)