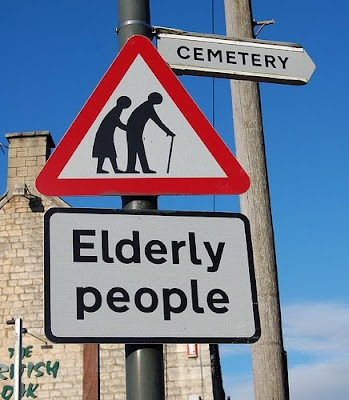 Can't believe I have to be 30 tomorrow. What kind of a label is this?

And, how the dickens does one sum-up the most turbulent, somnabulant, dramatic, learning curvant, wrinkle-free, inconsequential, free, decade of their lives?

I've spent the last month trying to reflect on my last formative ten years. This doesn't really do it justice.

Jayzuz. I always envisioned having this long (yawn!) blog post ready for the day prior to my 30th birthday. But who needs the boredom of detail?

I'll try sum up my Twenties, and bid them adieu with a tear in my eye crow's foot, in less than 20 15 bullet points. Sound fair?

Applied wisdom
Sometimes you do have to make the same mistakes, more or less, in order to make the right decisions. In your twenties, you have the pink card to do it. Over and over again. So no, I won't be buying turquoise suede platform shoes again.

I'd be lying if I said I wasn't completely freaking out
Given I cried when I turned 19, as it meant I wasn't going to be 18 till I died, I go through the occasional hot flush of 'Fuck. FUCK. I'm going to be 30.' However, I think I have it under control.

Why?
Because I'm the happiest and most content I've been in years. I love London. I have an incredible boyfriend. I have a great job. I consider myself to be extremely lucky, but I've also worked fucking hard to get where I am now.

If I were to die tomorrow (here's hoping not), would I be happy with what's happened in my twenties?
I would be. Save the fact I haven't been to Tokyo yet. But I got my book deal at 26, and my general aim was to do this before I was 30. I've travelled a lot, loved and lost repeated times, and experienced the angst that any 20 year old has, and mostly, have learnt a fuckload.

Being 30 means I don't care about stupid things anymore apparently
Like getting into a bikini and being all self-conscious about it. Apparently I'm about to hit my sexual peak as well. Which is very nice indeed.

Grey hair and wrinkles
That's why hair dye and anti-wrinkle serum is available at Boots.

Do I need to buy a property now and start sprogging?
Is there an official 'rule book' for this? Or can I enjoy my life at my own pace and tell everyone out there who says I have to do things this way to fuck off? My life might not be the same as your average Joburg-bound 30 year old. And thank God for that. I'm as happy as a pig in it's own by-product.

During my 20s, I owned three cars
And until now, two couches, lived in seven different houses, had four minor career changes (copywriter, journalist, strategist and now public relations), written 3 personal ongoing columns (one of which is still going after 3.5 years - yeehah!), had four hair-colours, and visited around 20 new countries.

I missed the tsunami by one year
I would've been on Phi Phi island, had I gone to Thailand in 2004 as opposed to 2003.

I bought a piano by mistake
If you want all the details, you can read it in my archives----->

That said, I have never eaten crocodile
Or been white river rafting. On ridden a camel. Or dyed my hair blue. So realtively speaking, I'm still young. I won't skydive or bungee though.

Up till now, I have broken one bone in my body
My pinkie finger was mauled by a frentic and highly-competitive netball player when I played at school. Bitch.

I was born at 11:30pm at night
Thirty years ago I was extracted, through emergency caesarean from my mother's uterus. Sounded like she had a great time. That aside, I won't be 30 first thing tomorrow morning. Strictly speaking.

I have no debt
But that reminds me. I put 60 pounds on my card over the weekend.

Thirty is the new 20
That's what everyone's been saying anyway.
Posted by Peas on Toast at 12:26 pm

Omg I went to a party last week and for the first time had to say I'm 30, I shoulda lied!!! but anyways, it fucking sucks not being a twenty something.

Never been ten pin bowling before, that's bizarre!!!! maybe you can go ice-skating for your 40th :P unless you've done that before....

You are lucky you got the bf before the big three-oh :)

Chantal - why thank you!
However this instilled instant panic:
it fucking sucks not being a twenty something.

My boyfriend and mates also thought I was uber weird having nevr done ten pin bowling before. But I can say safely that I've ice skated :)

So you're almost a withered, wizened crone, huh? Better have the Botox ready, 'cos the transformation takes place at the stroke of midnight.

I recently found your blog.

I spent the Summer in London and fell in love with it too.

Happy Birthday to you.

PS I just saw my name on a pic of a bottle on your blog. 'Ow cool's that??

While I was falling asleep last night (dont ask me why but apparently I think very strange things while i am falling asleep - and they seem perfectly sane while I am thinking them, though now they sound lank retarded...this is not the first time), anyhow I was thinking that if I ever ran into you in the street - in Loondon obviously, I think I might possibly call you Peas - even though I know your name.
Something like "Peas?"..."Mushy-Peas-On-Toast?" "Is that you?".
Okay not really like that, but I would call you Peas.
See? I told you - retarded.

Hope you have a super awesome birthday! Have some more wine! :)

Yay for birthdays. Gosh you've done a lot in your 20s...most of them cool too :p Hope you have fun bowling and rock your day. :)

Happy Birthday, Peas!
Wishing you all the best & more.
Have a smashing one! =)

Happy happy birthday Peas dear. I am also enjoying the last few months of 20’s – ok, so I still got 6 months left of it – but HEY! who is counting, and who cares, it’s your birthday – not mine, I will shuttup and continue with my well wishes.

Here is to you – and being 30 – sexy – a brilliant writer and for living your life with flair.

Thanks so much guys!
Very sweet of all of you to post, seriously appreciate it :)

Secret - hahaha! Well put it this way I'd reply with 'Secret, is that you?'
:)
xxxxx

HAPPY Birthday ChickPea, you are an inspiration to many on how to live to the max, and sharing your journey with us. So, thank YOU :)

This is a truly educative post and I am overly glad I saw it today. You made out some really nice points and I can't agree it at all and all I can do at this time is to bookmark it and share with my friends. Thanks for this nice piece of information.

Excellent publish, very informative. I ponder why the opposite experts of this sector don’t realize this. You should continue your writing. I’m confident, you have got a great readers’ base already!