have car will travel

For one, I cannot stop laughing. The Dove and I came up with an idea after two bottles of wine one a hot evening in Malta, and after waking up (mostly) sober the next day, actually went through with it.

We've been working on it together all weekend. Literally obsessed. It's become our baby so fast, it's literally blown the tits clean off my chest.

In between this, the Brit and I ripped the ring out the weekend. Unless you're living in a manhole below the Earth's crust, you probably would've seen that England is having the best summer in the world right now.

"The last time this happened was in 2006," you might hear some say. Well it's fucking true. In all my summers here (four in total now) I have never experienced such subliminal heat and fortitude.

It's so hot, we have been sleeping under a measly (read: low thread count) sheet for the last month. It's baking. I never thought the UK was even capable of such long-lasting, consecutive sunshine. Honestly, I thought last summer was GREAT until this summer came along. Oh, so Britain is  actually capable of churning out an honest day's sunshine; isn't that fucking marvellous?

And I'm willing to bet that from here on out, everyone will be talking about "that summer of 2013," long after the pub's closed.
Anyway, where was I. Oh yes. We took advantage of the sun, and also owning a new car - which I have named Tarquin - an upper class gay name.

We also call the car the 'Pleasure Palace' because with a Quattro laak that, and a BOSE SOUND SYSTEM laak this - ma bru - well, that's really why we drove across England about 5 times this weekend. 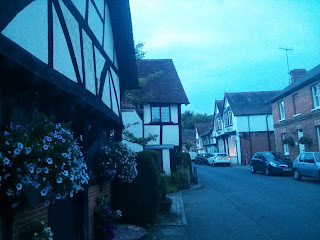 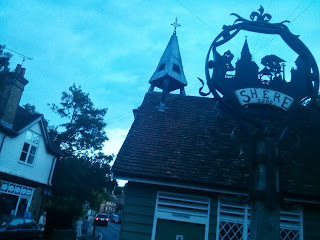 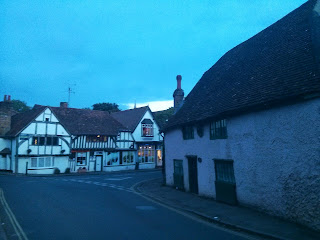 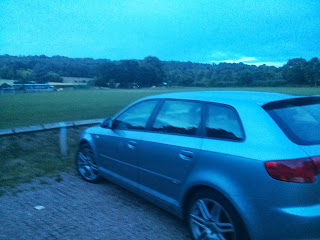 And yet, vomitous amounts of quaintness cannot keep me away. I fucking love that little town. So off we drove.
Then, on Saturday, we ditched the car and went to Battersea Power Station (right in our neighbourhood, how convenient! For once!) to the Holi One festival.

The Holi Festival is now celebrated in cities across the world; a festival of colours where people wear white and get to throw around bags of colourful powder. And dance. And sing. And pretend they are one with the world.

It's a Hindu religious festival turned 'uber trendy and now done in the urban streets of London/Berlin/Johannesburg' thing.

Well it was fab. 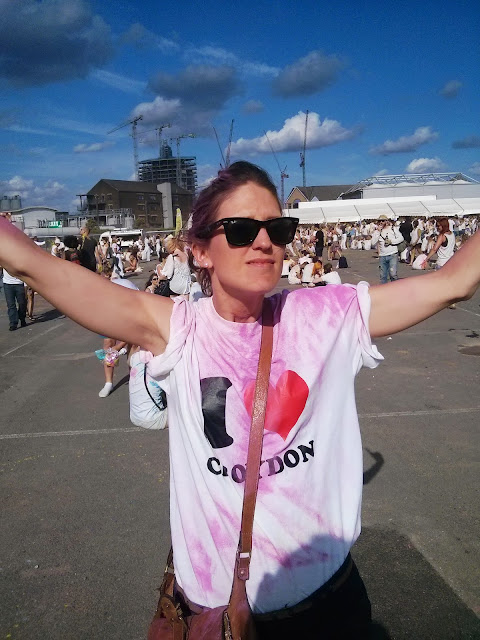 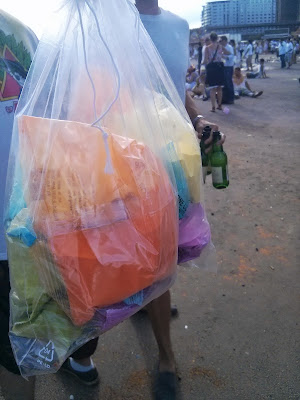 Bags of powder. Powder which you'll find in every extremity and orifice of your body for days to come. 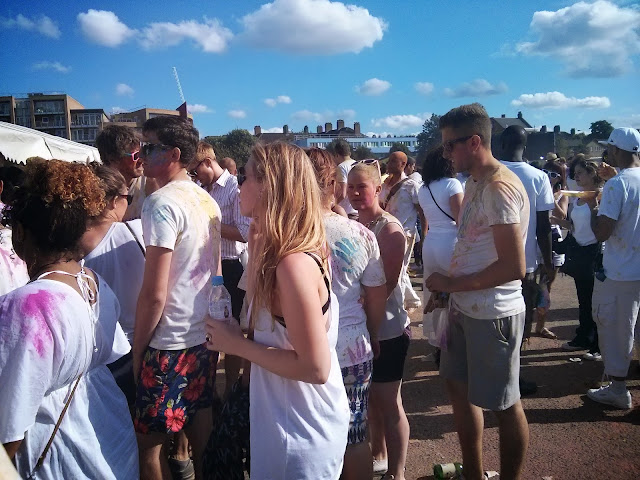 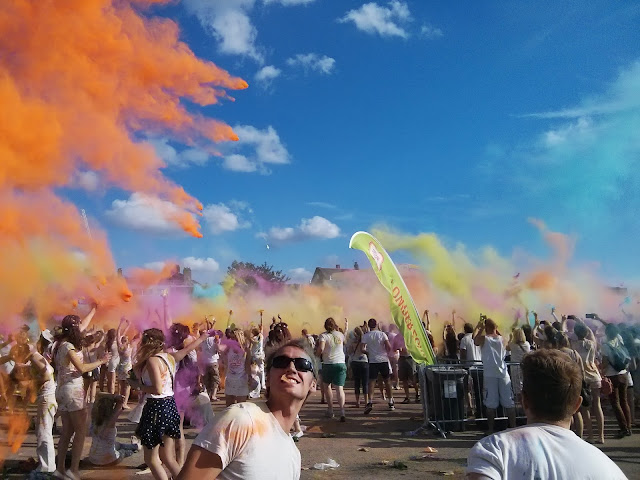 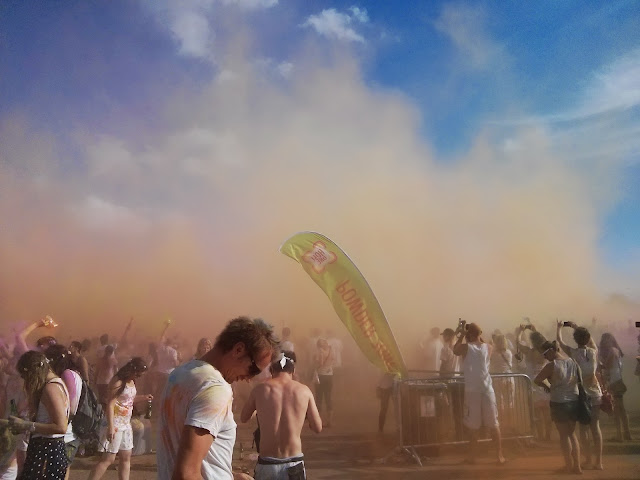 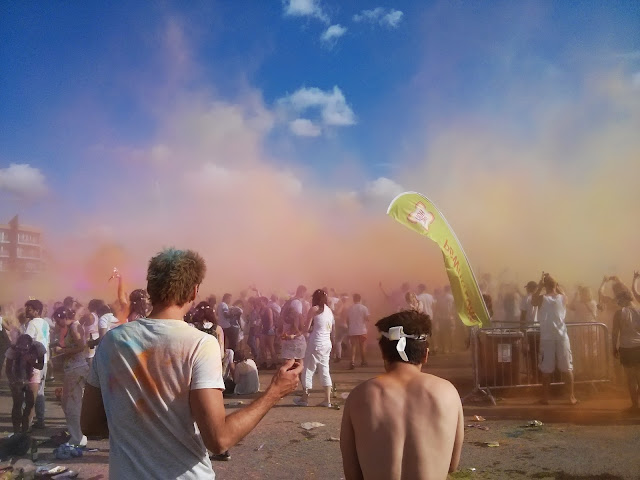 That's my husband's back. The one in the t-shirt. 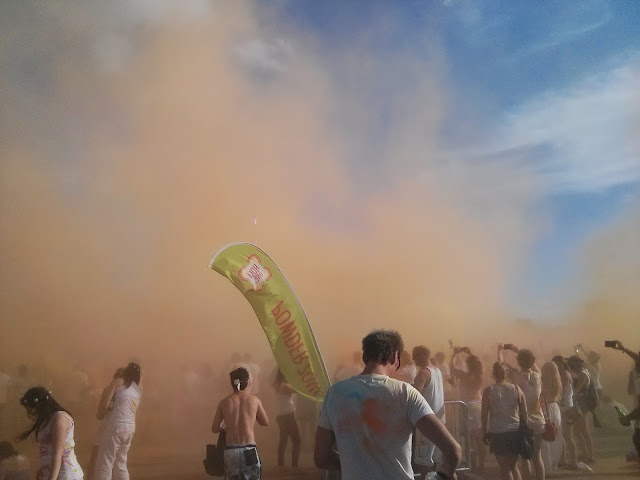 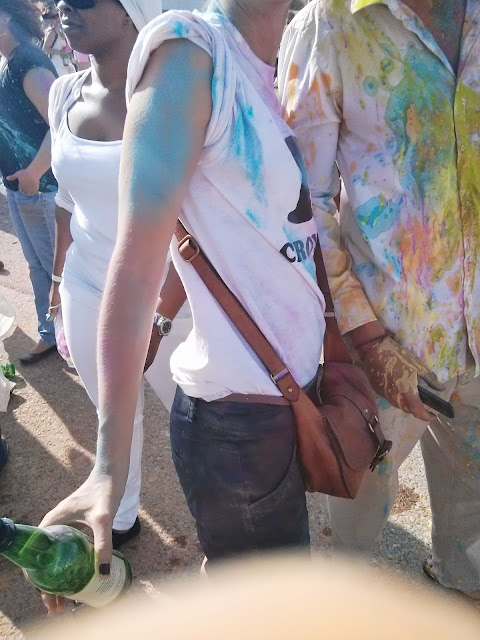 Jamming. To bhangra music. It's been a while I've never done that. 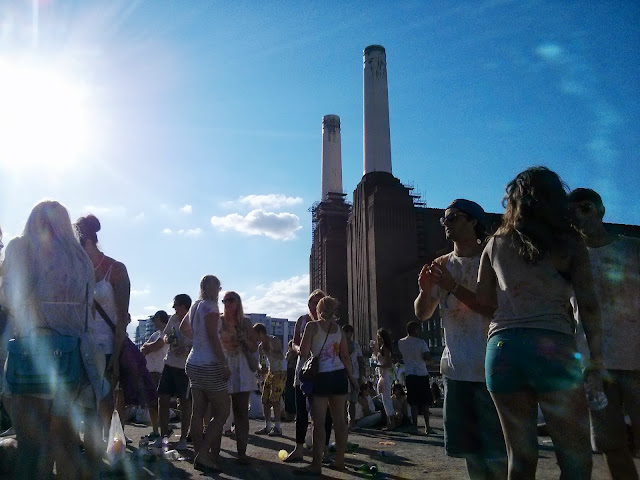 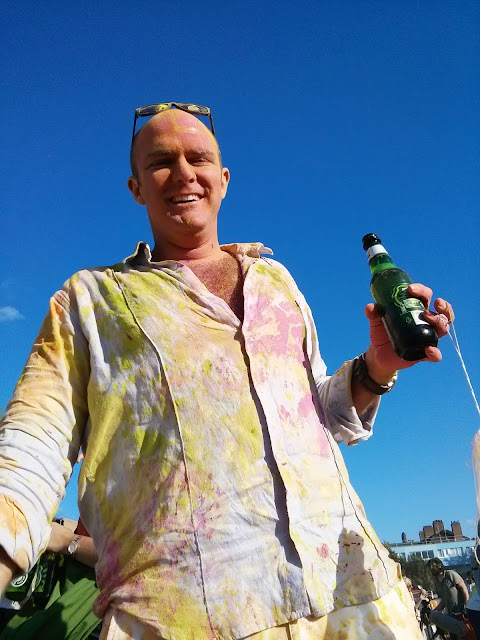 A fellow Saffa we met in the crowds.

Then yesterday, we drove all the way to Brighton. For some seaside action.
Choonz on, suspension down, aircon up...we might've racked up a few speeding fines on the way down.

Out of all the British seaside towns one might hope to visit, Brighton is definitely one of the tops. For one, it's not completely shabby. All English seaside towns seem to have this shabby vibe going on. It just can't be helped.
Between the seagull crap, rust, fish and chip detritus, and people walking on the grey, miserable beachfront in tracksuit joggers - most of the time? British seaside towns can be less than great.

With the internationally acclaimed reputations of Blackpool and Southampton being the posterchildren for 'chav beaches of the world', the less nice beaches get forgotten. Of course there's Cornwall, and Croyde in Devon, and so forth, but we are talking just towns for the moment, not whole landscapes.

Brighton is the perfect seaside day trip for Londoners. 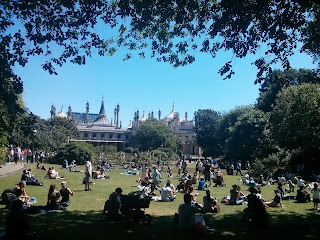 Pavillion Park. As the Brit and i walked through here, he said, "Now this, Peas, is England." 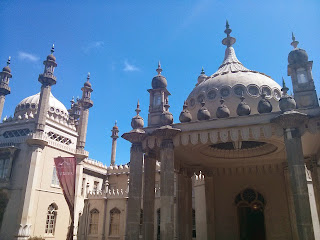 The Pavillion. Yeah it's some quasi-Gaudi architectural human-sized sand castle thingie in Brighton. Peculiar, sure. Unique though. 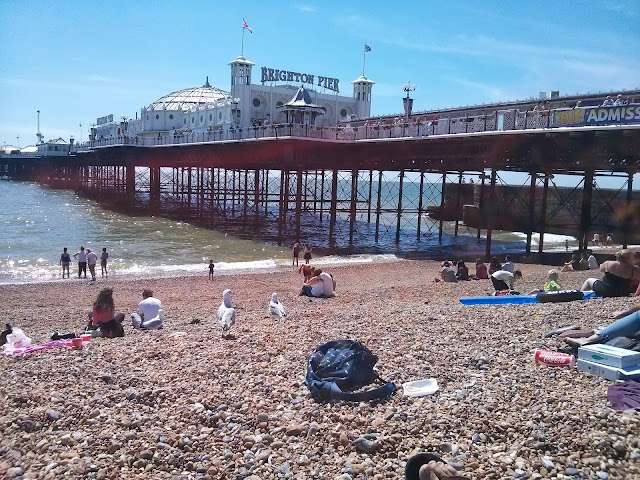 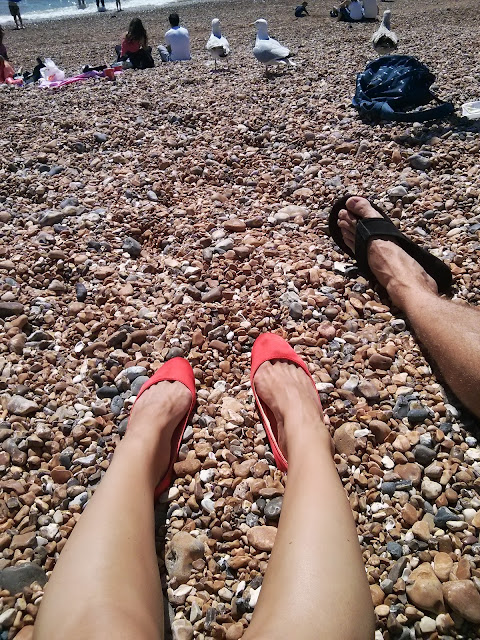 Pebbles mean none of that sand business in your briefs. Much nicer actually. 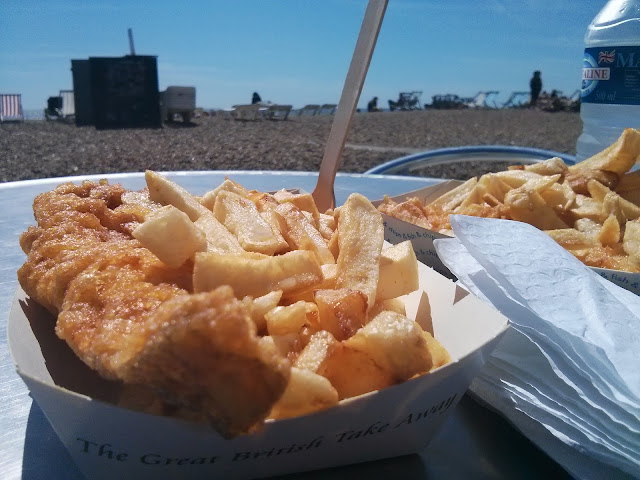 Obligatory fish and chips for lunch. 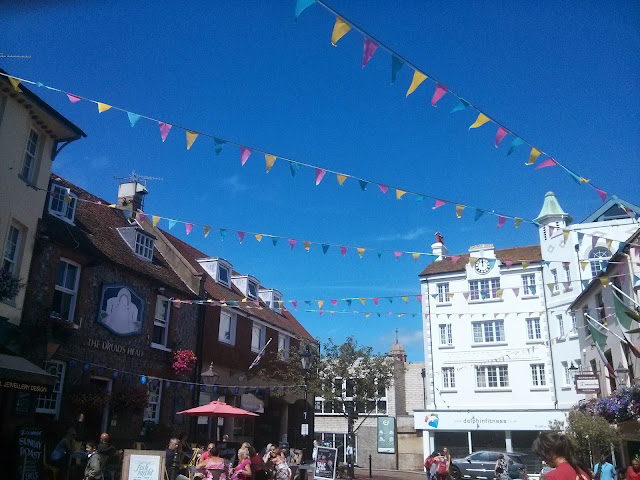 The Lanes. An area of small and teensy alleyways leading up a hill, filled with tea houses, and tiny little antique and jewellery shops. Worth a gander. 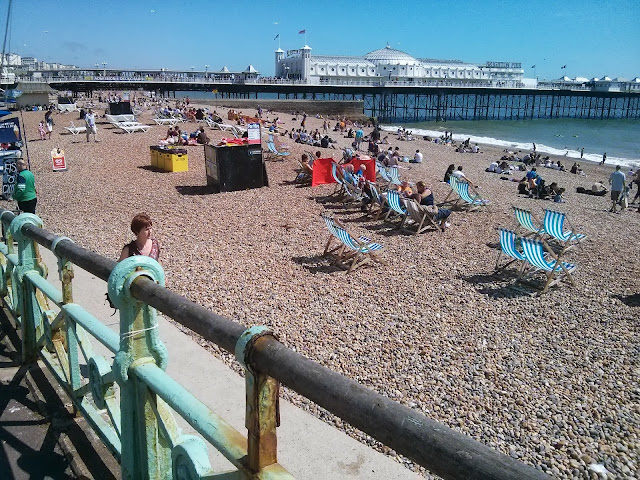 So that was nice.

Well, Peas is certainly having fun! Or getting outa hand by the looks of things! : )
I have great memories of fish chips on the pier at Brighton! Lovely!
Enjoy!