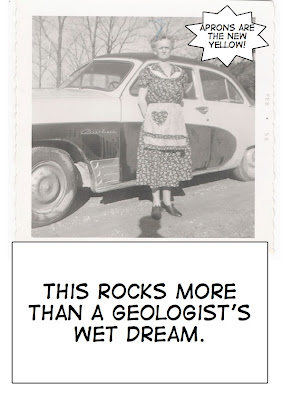 You want a bad day? I'll give you a bad day.

I bought a piano by mistake. And my car broke down in the middle of an intersection.

The impulsiveness of my purchase started sinking in, yesterday, manifesting into an LC the size of a Steinway.
A little something marketers like to call “post-purchase dissonance.”
Us retrads just call it “Regret.”

('Retrad' is the PC version of 'retard,' also it sounded good when I misspelt it that one time.)

I have gone and bought a piano. By accident.

You see, yes, I want a piano. And yes, it is something I intend to buy.
But I didn't give this particular purchase much thought. As in “Where am I going to put this fucking thing?”
On my kitchen counter? Or perhaps, in the bath tub? Or wait, I know, I'll sell a couch/my bed and just whack it there.

Also this piano, after I mistakenly failed to read the fine print in all my excitement of finding the deal of the century online, is one godawful ugly instrument.

It has gargoyles ok. Gargoyles.

It's more gothic than a really really gothic thing.

I have to get a delivery van to fetch it in Pretoria with four strapping men who can actually carry it and then maybe hoist it over my balcony, because it ain't gonna fit through my door.

I see smashed neighbours windows and a flattened cat.

So. Apparently if I win this auction, I have to buy it. It's in the fine print. And I don't see anyone upping my offer before the auction ends at noon on Friday.

Which, evidently, makes me the proud owner of a 70 -year old piano. Which Ches pointed out is being sold because the guy died. (Something about a 'deceased estate?')

“You can't buy a dead man's piano! Fuck! You're going to have to get it cleansed by a reverend.”

Ches: “It'll be playing Phantom Of The Opera all by itself! ...But maybe if you cut the piano in half.....you can store one half on one wall, and the other on another wall. But that might piss the dead guy off.”

My American colleague made me feel somewhat better when she piped up that once she bought a car on eBay. A 1972 Mercedes. An indescribable tank, on a whim, (ooh, what a great weekend car! The picture is so pretty!) Which backfired all the way back over the Bay Area bridge. And she had to re-eBay it for half the price.

Can't even claim temporary insanity. Or lie and say I ate nine ecstasy tablets by accident and therefore wasn't all there.

In the course of 24 hours, I've tried to sell my piano to about, oh, 65 people.
I've asked all my colleagues. Twice. The people in my dance class. My boss. My mates. Passers-by on the street, and the tow truck driver.
No dice.

About the tow truck driver. There I was, push-starting Ludwig, in the middle of a road, somewhat flustered and yelling, with a t-shirt on that said Steve Biko Rules O.K., getting him towed, but then all the way to the battery shop his alarm was going off, (nothing else works, except for his alarm which was but making a bloody racket and causing people to openly stare) while at work a shit storm was occurring in my absence, and I was thinking:

“This rocks so hard.”

The guy at the shop said, “Next time don't phone your insurance company to get you towed, we do call outs.”
Thanks Mister. But I like to do things the hard way.

So I almost-own a piano. Which if I can sandwich it into my house somehow without snapping my balcony off, I'll host a Christmas soiree involving shitloads of eggnog and Joseph's Technicoloured Fucken Dreamcoat in A Flat Minor.

My guests might have actually to sit on the piano, or hang out in the bathroom.

Oh and the TV? Looks like that baby is also going to have to perch on the piano too.

Labels: so seriously does anybody wanna buy a piano

Hey Peas,
Just ask the universe t send someone to out bid you by o say 50c...
If that doesn't work just ask the universe to... I don't know, make the move go smoothly or something, but remeber to just keep asking and not to expect anything.
And if all else fails, just put the thing anywhere in your pozzie and if anyone asks, "What's that?" just say :"What's what?" and deny it's existence until you had too much red wine and HAVE to play it!
Enjoy!

Hey Charl!
You read my mind buddy - I did just that yesterday. I made a cosmic order to ask someone to throw in an extra 50c to my bid.

If not I LOVE the idea of pretending it doesn't exist. You know, when guests are around. Otherwise I'm gonna get my money's worth and ensure I bang away at this thing everyday!!

Hey Peas, phone the companies that hire out the piano's and sell them the piano!

Catwoman - Fuck yes! I'll create an automated email that spams them over and over again until they surrender and buy it. Genius! :)

Bought a piano by accident Bwahahahah.

Guy. It could happen to ANYONE.

Ok, here's what you do.
Contact the seller, tell then you'v made a mistake, ie. flat too small, ask them to withdraw your bid which they can do and tell them that you will pay the difference between yours and the the lower bid.

or put it on gumtree the moment you win.

Rev - yip I thought of that too - you know claiming temporary insanity and all that - thing is I do WANT a piano, but this one is just not...you know, cool. And maybe a smaller one that would fit properly!

Anyway, I might pay the seller off. I'm gonna email him (the dead guy....or his lawyers rather) and see. I'm not excpecting much but will try.
The next option is definitely Gumtree!

peas, you are just too much. who the fuck else would buy a piano by mistake. jassis... try this - insure the gargoyled thing for some hectic amount, dump it off your balcony onto the soon-to-be flattened cat and put in a nice FAT claim.

OR just whip out those grade 7 chopin skills and wow all and sundry.

Neil, the ranter, well. I know someone who bought...a car by mistake. Piano? Not so much.

Cunning. So I insure it and then push it off the blacony, or swing it through the neighbours window...film the whole thing and make a documentary entitled, 'The Swinging Piano & Other Strange Coincidences,' right?

If you drink enough wine Peas you may drink it pretty

haha, always :)
No truth be told, it wasn't even wine.

But I am embracing the new ownership of my piano and hopefully, because it probably won't fit in my house, I shall play Mozart every single day. And with vigour.

A piano? By accident?

Like I could understand if you bid at 00:30 on a Friday night after lunch at Roseboys....

tyrone. Really x 1000.
As I said I intended on buying one, but I should've thought this particular one through. As in would it fit? Should I do this with seeing a picture only?
Arrgh.

What's next? A pipe organ?

tyrone - don't joke. Was thibking of whoreing one of those babies, storing it in the shower and placing the pipes as a headboard behind my bed.

put it on your balcony... charge people a listening fee...

Megz...and I'll but it it's own rain cover from Makro for Christmas! :)

We're going to have to start calling you "Keys on Toast" now.

Kyk it has a nice ring to it don't you reckon? Geddit, RING.

Sorry, can't help you, have been offered a FREE piano from our local Reverend, guess you're stuck with the dead guy's piano after all..........

So I do like your 'how not to buy condoms' blog, but this one should be the real award winner. It's priceless. My mother is shooting me very worried looks as I guzzle down wine and giggle ridiculously at my laptop in what is supposed to be a beach getaway. Where is said piano today? Did this treasured possession make the journey to London with you?