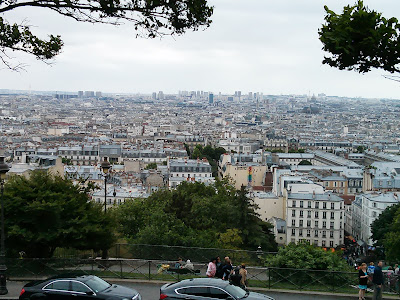 We went to Paris for the day.

It is a bit of a slog for the day. Train is seamless as it carves through the Normandie countryside, and it definitely feels all sort of rockstarish going to France for a few hours, but still had to haul ourselves, back, half wondering if we should just book into a Travelodge for the night to avoid another two hour train ride home. It would've been great to stay.

It was rainy, and our umbrella immediately turned inside out the moment we stepped outside.
We decided to walk a little way up the hill from Gare du Nord and chill out in our usual, favourite Paris spot - Montmartre.

You're guaranteed a killer view, you get to gawp under the shadow of an epic, giant cathedral, and while it's a bit touristy, it's less so than other obvious places like the Eiffel Tower and the central Opera area.

Paris is just so beautiful. One forgets. A city of many layers, and contrary to popular belief, some are ugly as fuck. That's right.
Have you ever seen the outskirts of Paris? It's like Haggerston at 3 in the morning. 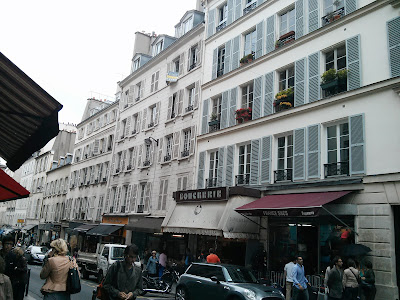 But that's ehat makes it interesting beyond the obvious attractions. Most people want to see Paris once in their lifetime; and no one more than the Yanks. There are a load more American accents around Paris than there are in London. ("OMG Paris, you guys. YOU GUYS.") The buildings are all regal and austere; and they all have shutters on them with little grated balconies that might fit, like, one potplant.

You forget too that Paris' cafe culture is worth a trip on it's own. If you can hang out drinking miniature cups of espresso all day and watch French people, then this is your kinda day.
The rattan chairs all face outwards, around tiny little tables, at every cafe you pass. With an ashtray beautifully plonked in the centre of each - because smoking is the canvas on which cafe culture was born, muzzerfurkeh. 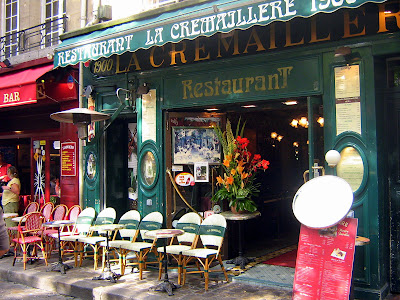 In fact, it's really only on my gap yah in France that I really took up smoking as a full-time hobby. Because it was so cool and so normal in the cafes of France.
On the chairs, it's like all the cafe owners have the same unspoken agreement:

1) We have the same chairs. They will be red and white cream rattan.
2) We all be rude. It's part of the charm. They expect it. Give the peasants cake what they expect.
3) When they try and speak to us in French, answer back in English.

It's a common known fact - to tourists and French people - that this is how France works: 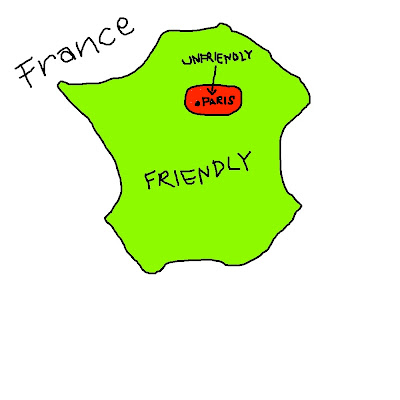 They speak very quickly in Paris, and as slang, they speak backwards. (I had a French boyfriend for a little while.)
So for example, "Oh my God, call the cops!"  wold be "ohmondieu, prennez le cilf."

This is how a conversation happens in Paris:

Waiter: Sure, is there anything else you want?

Waiter: OK. But you cannot pay by card.

Waiter: Because you need to spend a minimum of 20 Euros.

Waiter: Thank you very much. 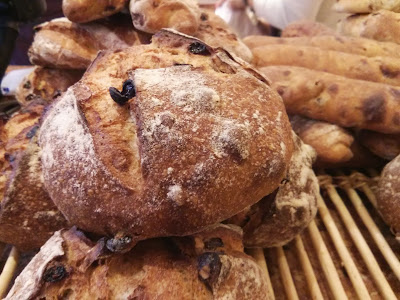 No other country - or city - that'll happen in. In the world. Trust me.
Where you speak their language and they blatantly ignore you, and speak yours.

Just to be difficult. It's loads of fun. You should definitely try it. Insist on continuing in French. It's banterous.
("Fuck oeuf. Do not try your shite command of ze Franch wiss me, Anglaise.") 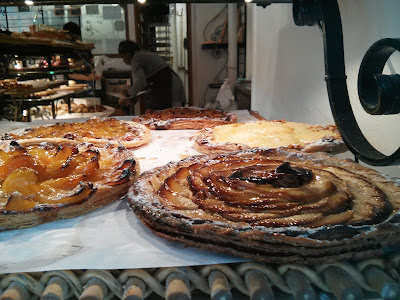 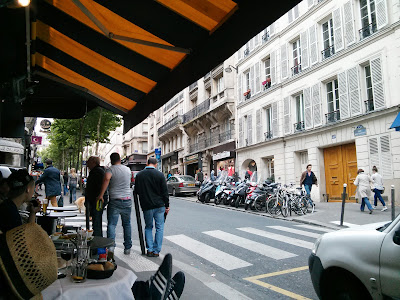 Chilling drinking flipping great wodges of champagne with the hubby (And kissing in public and doing that ridiculous stuff.) 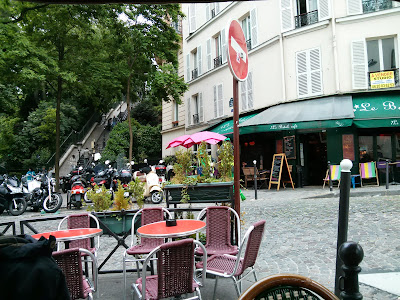 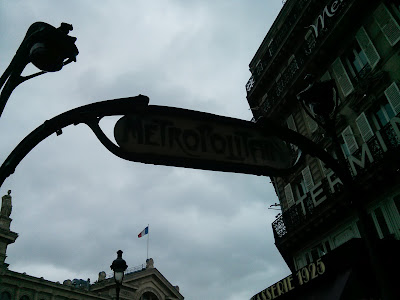 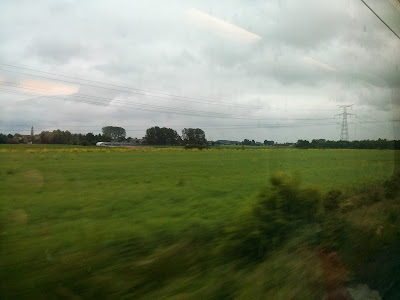 Normandie
Posted by Peas on Toast at 5:15 pm